How will humans survive and conquer this chaotic Physical Universe? 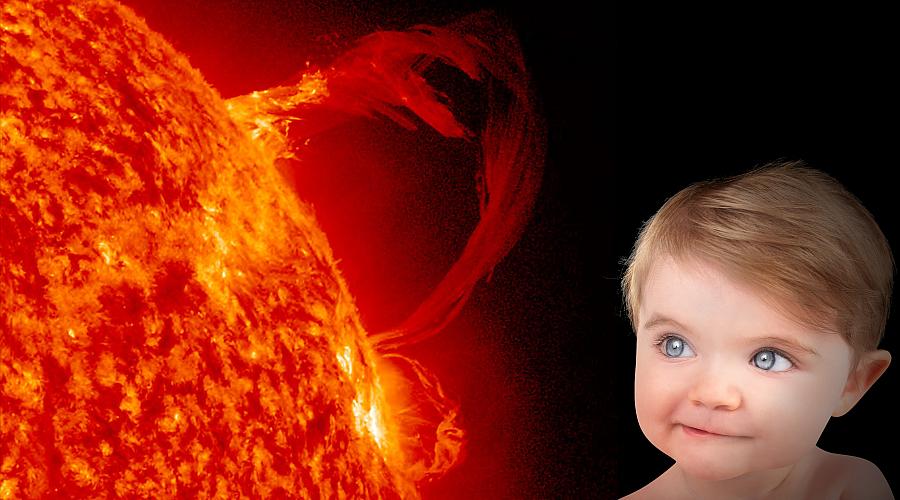 We humans are fragile compared to the forces of Nature.

We worry about climate change, asteroids colliding with Earth, and an endless number of insignificant changes to our world that would wipe out every man, woman, and child.

The eventual extinction of humanity is a forgone conclusion in the minds of most people.

The only question is when.

But if you understand the basic principles of the Physical World, life, and civilization, you will know how humans can avoid such a calamity and create new wonderful realities.

Let's begin with a new understanding of the Physical Universe.

The basic principles of our Universe.

This video is Alfred Korzybski (creator of General Semantics) showing how moving things only appear to be solid objects.

Modern Physics tells us that atoms are always moving. Even in solid objects the atoms are vibrating or even moving in and out of the object.

Within the atoms, the electrons, protons, and neutrons are moving.

Objects only appear to be solid because people cannot sense the movement of atoms and subatomic particles.

Can motion create all physical things?

Our Universe is immensely complex. The variety of objects vary from subatomic particles to galaxy clusters.

But motion creates all apparent objects.

This combining continues to create larger and larger size objects until we have galaxy clusters and then our entire Universe. I call this composition.

The reverse is also true. Large objects can be split apart to yield smaller things. We can decompose a galaxy cluster all the way down to subatomic particles.

The differences in objects are only in appearance since the basic components stay the same.

Only their patterns of movement change.

But what is the nature of motion?

A simple example of Entropy is a large rock at the top of a hill. With a slight nudge, it will roll down the hill.

Physicists like to say the rock at the top of the hill has potential energy, which pushes it down the hill.

As the rock rolls to the bottom of the hill, it transfers its potential energy into everything it hits on its way down. This randomly disperses energy. Now that energy can only cause small objects to move short distances.

This unstoppable degeneration of the Physical Universe has convinced many people that humanity is doomed.

But there is a hidden opportunity.

The Achilles’ Heel of the Physical Universe

The power of the Physical Universe is frightening. And rightly so. To survive, we must respect and understand its power.

While some think the Physical World is an angry and vicious opponent, I find it to be benign.

It has no purpose at all. No intentions or goals to achieve.

Into this meaningless world enters a new agency – organisms.

Infinity gives birth to the impossible

Our Universe has so many galaxies, stars, and planets that it is the closest thing to infinity that you will ever find.

When you add random and chaotic activities to infinity, anything can happen.

But chaos destroys these organisms, and they have to restart from zero.

Then organisms do the unthinkable.

Occasionally, chaos would chop a cell in two.

Or organisms would split just from growing too big for their outer shell of molecules to hold them together.

Sometimes one or both halves would survive. This would happen only in simple single-cell forms of life. And then, rarely.

But thanks to reproduction, trillions of clones are there to replace the fallen.

Reproduction preserves past biological improvements and serves as a launching pad for new experiments.

The heavy hand of Mother Nature will dice and splice small organisms into novel forms of life.

The leaders of evolution undergo wild gyrations in structure and function.

If these risky experiments die out, hordes of relatives progressing on their own path of evolution instantly replaced them.

While the Physical World is stuck in endless chaotic cycles of simple composition and decomposition, organisms relentlessly evolve.

Life learns how to respond

Simple organisms totally depend on their environment.

If the environment is too harsh, they die.

Slowly, organisms learn to sense favorable conditions and then reproduce in that direction.

Eventually, they evolved methods to move by whipping a hair-like appendage called a flagellum. Flagella are biological motors driven by electrical and chemical reactions of ions and molecules. 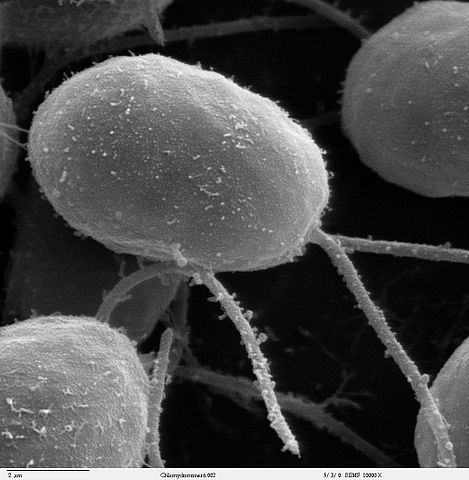 Organisms sense their environment and wave flagella with simple ion and chemical reactions. So, in my Organisms chart I call them Electro-Chemical Organisms.

Once organisms learn how to move, it's off to the races.

These responses are unique to life and absent in physical objects as explained next.

Organisms that move must decide when, how, and where to move.

While their actions are still robotic and predictable, there is a slight difference.

Their actions have a purpose.

They act in ways to improve their survival.

They exhibit the first inkling of what we call intentions.

But it is just the beginning.

Organisms improve their ability to reproduce, causing an explosion in new life forms.

Competition between species becomes the greatest threat to survival, driving evolution even faster.

They need quicker and more accurate responses. For this, organisms developed a new cell called a neuron.

In my Organisms chart I call these Neural Organisms.

Brains predict which response is best

For hundreds of millions of years on planet Earth, the dominant organisms were those with the fastest and most accurate physical responses.

Brains evolve to recognize complex patterns of events and then predict the best responses.

Would you believe evolution speeds up?

In our modern competitive world, people must analyze all future events in great detail to predict the future and make the right choices.

This creates enormous amounts of data.

Every field of knowledge expands and must create multiple subfields, each with its own symbols and definitions. Math, Physics, and Chemistry are good examples.

All this knowledge about the future is imaginary.

Symbols must represent everything.

For additional explanation of symbolic thinking see the article, "Why you are making big mistakes and how to fix it."

Life is an evolving organization

Organisms are a new paradigm in a chaotic world

Life began with simple organisms like bacteria, which are little more than lifeless chemical processes.

The most important difference between simple organisms to humans is the enormous increase in the level of organization.

All the trillions of parts of a human work together in almost perfect cooperation as a single organized unit.

But life does not stop there.

People have an amazing ability to organize their environment.

They have built numerous large cities, global transportation systems, and the Internet, which is an advanced global communication system.

Wonders like these would never spontaneously blossom from chaotic physical processes. 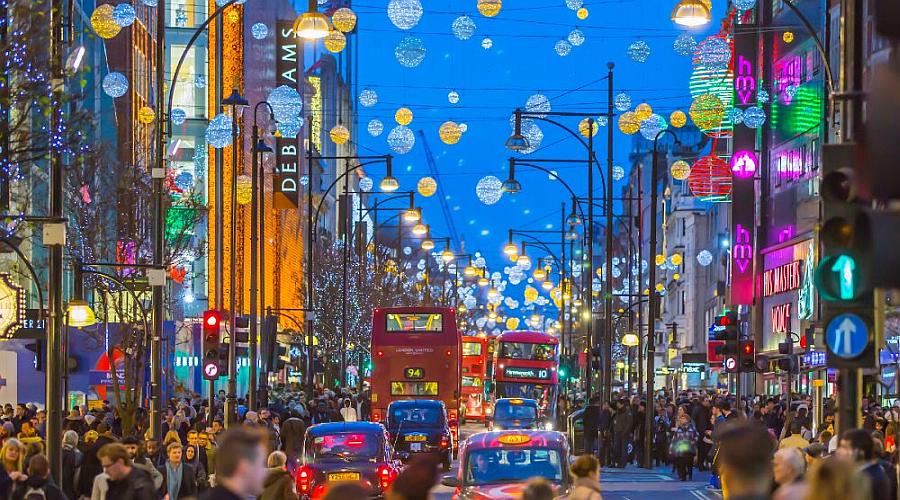 Not that life loves organization. It doesn't.

Now the phrase, “only the strong survive,” has a new meaning.

For centuries technology was considered the top enabler and received the most attention and investment.

Now technologies have become so complex that they require thousands of people. Examples include years of education, training of teachers, manufacturing of equipment, complex installation, management, maintenance, and constant research into improvements.

These tasks need many large, well-organized teams. Plus, several overall management teams to coordinate these activities.

In our global economy, the most successful nations will organize their citizens into efficient, powerful, and constantly evolving organizations.

The chart may show titles such as president and vice president. These titles are symbols that refer to details about each person's authority and social protocols.

Everything in an organizational chart is a symbol for something else.

The relationships between a company and its employees, physical objects it owns, and how it interacts with other companies are often defined in a nation's laws.

All these relationships are not physically real. They are imaginary and symbolic.

In my Organisms chart I call these Symbolic Organisms.

But why bother with all this mental work?

Symbolic organizations are purely mental. Ideas are easier to create and change than physical things.

At any moment you can improve the organization of any company.

You can benefit from being a member of multiple organizations. There are no physical restrictions on mental relationships.

Symbolic organizations can instantly and efficiently optimize themselves. They can proactively organize for changing conditions in the environment and dictate the future.

Instant and intelligent evolution is superior to reproduction and adapting by trial and error.

The wealth and power provided by symbolic organizations are limited only by people's imagination and their ability to keep their mental concepts logical and productive.

Natural processes are like water flowing down a mountainside. Water doesn't care how, when, or where it gets to the lowest point. It just keeps pushing its way towards lower energy.

Humans collect, store, and use a small percentage of this energy. Examples are solar, wind, hydroelectric, and geothermal.

We have learned how to use energy stored in plant material, fossil fuels, minerals, and nuclear reactive materials.

And we know from Einstein's equation, E = mc2 that there is unlimited energy in all our surrounding materials. We just have to learn how to release it.

Humans have enough energy to do almost anything.

This article has shown why symbolic organizations can quickly be reorganized to fit any task.

And the article "Need help? 10+ ways to boost your productivity with powerful team strategies," explains how teams amplify the productivity of each team member so they can accomplish almost any goal.

Organizations have intentions, purposes, and goals which enable them to guide physical processes that would otherwise be random.

Humans have already created many physical wonders that would never occur naturally.

And humans will create many more.

The Physical Universe is powerful, dangerous, and continually degrading toward more chaos, randomness, and lower energy.

But now you know the Physical Universe has no purpose.

People and organizations have purposes.

Organizations use goals, plans, and programs to guide the Physical world.

Organization has its own evolutionary path toward greater and greater organization.

Large social organizations have unlimited power and can achieve any goal.

You are not limited by the Physical Universe.

You are only limited by your ability to organize.

Additional articles on this website will help you improve your organizational skills.

If you have any suggestions or questions please send email to DonTipon@FixYourThink.com

If you found this information helpful, please share with others.

HOW WILL HUMANS SURVIVE AND CONQUER THIS CHAOTIC PHYSICAL UNIVERSE?